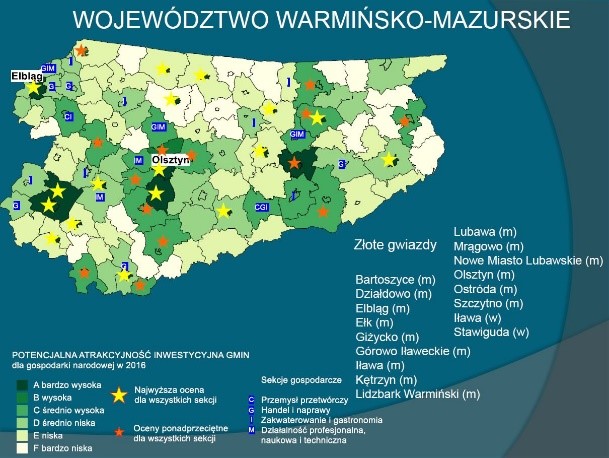 In a study of attractiveness of regions 2016, held by Polish Investment and Trade Agency and SGH Warsaw School of Economics, Stawiguda Commune was honoured with a golden star, which is the highest award and means the highest mark of all analyzed economic sections in a given commune, i.e. national economy, industry, trade, tourism and professional services.

Communal council of business
In 2014, under the patronage of Stawiguda Commune, a group of entrepreneurs founded Communal Council of Business (https://www.stawiguda.pl/gminna-rada-biznesu), converging entrepreneurs from the area of the commune. Its activity is focused on three fields:

The entrepreneurs organize periodical meetings, during which there are lectures and courses occur. Contacts between the entrepreneurs are established. There are various charity, sport, and social events planned. The commune supports this action. The commune head Irena Derdoń participates in the meetings. It is an opportunity to know problems the entrepreneurs deal with and reach common action in order to solve them. 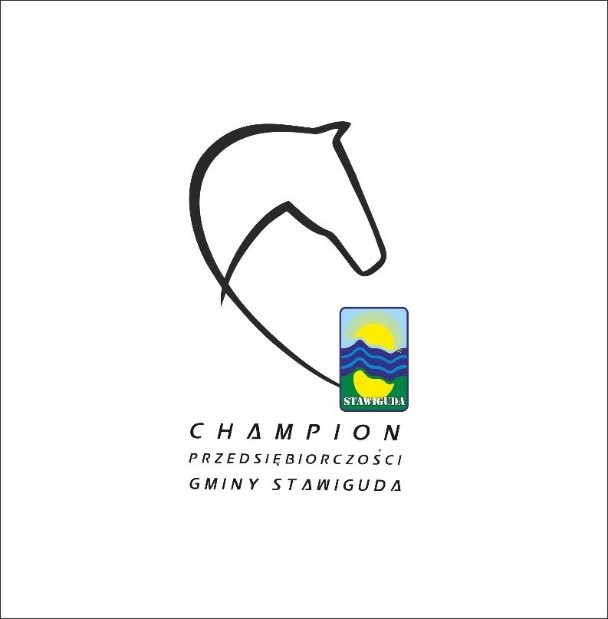 In 2015 a conference „Razem w kierunku wzmocnienia współpracy samorządu terytorialnego i biznesu” (“Together to strengthen coopertion of the local government and business”), aim of which was to deliver the local entrepreneurs development potentiality, achieving various support from the local government and present opportunities of cooperation with other subjects working for the development of entrepreneurship, such as Employment Agency of Olsztyn District, Warmia and Mazury Special Economic Zone, Superintendent and others. Seeing the positive effects pf this event, last year the conference was held again. This time the main topic was innovation in business. Such actions make entrepreneurs begin to identify with the place in which they work. Of course, we care about new investors, but we also want those who have already trusted us to feel well and develop in our area.

We have been trusted​
To the businesses already established in Stawiguda Commune belong Barwa System, Interparts, Alnea LLC, BD Schenker, Karo Okna Drewniane, but we already know about other companies, which locate their registered offices in Stawiguda commune, such as Lech Centrum LLC.

In appreciation of the contribution of the companies to the development of the commune, commune head announced a contest “Champion Przedsiębiorczości” (“Champion of Entrepreneurship”). The organizer’s purpose is to make the titles and statuettes given the winners a symbol of economic success within Stawiguda Commune. In the contest, there are four categories: Mature Business (at least 3 years of activity), Novelty/Innovation, New Business, Investment of the Year.

Especially positively Stawiguda Commune was ranked according to following indicators: the amount of expenditure on investments – over 1600 PLN per capita, a high percentage of own income in the income of the commune’s budget (76%), high number – as many as 140 –economic operators per 1000 inhabitants and positive net migration. 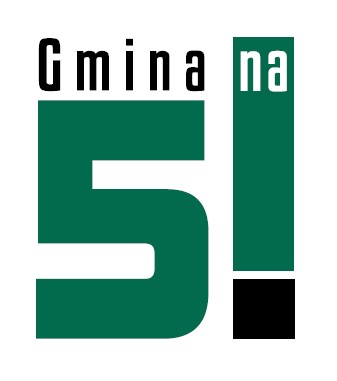 Stawiguda Commune won the THIRD place in a ranking in which studied were 655 communes from whole Poland. Awarded were 59 local governments. In Warmia and Mazury Province, besides Stawiguda, awarded were also Dywity, Mrągowo, Lidzbark Warmiński and Elbląg.

Every year the ranking is prepared by Student Scientific Organisation for Acceleration, working by the Institute of Enterprise Collegium of Business Administration (KNoP) Warsaw School of Economics (SGH)  The goal of indicated study is the assessment of the readiness of local government units to serve electronically investors and entrepreneurs and other stakeholders of the commune. Two fields were evaluated: the possibility of electronic contact with the office and practicality of the official website of the commune. In order to verify and evaluate communes participating in the study, a method of a “mysterious customer” was used.

Tourist potential
The area of the commune, with numerous forests, lakes and varied terrain, favours primarily active tourism. There are three large lakes here: Lake Łańskie (1070 ha), Lake Pluszne (867.5 ha) and Lake Wulpińskie (683.5 ha), which with a great number of beaches and developed infrastructure favours swimming and they are visited by enthusiasts of surfing, sailing and other water sports, along with anglers. The Łyna River flows through the eastern part of the commune, which has a character of a submontane river with a wild stream. The river creates picturesque gorges, made for kayaking. And forests which our commune is famous for, of course. We have many bike trails of various difficulty levels. Both families during one-day trips as well as people training cycling can enjoy them. The action Recreation encourages people to make use of the attractions of our region. Thanks to this action there are various activity forms organized in our commune. 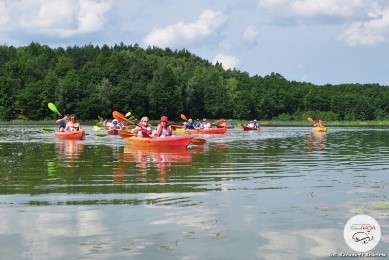 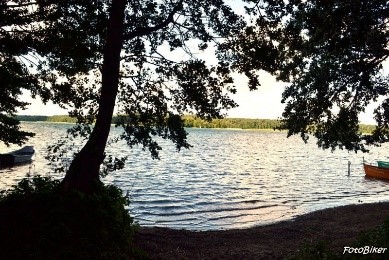 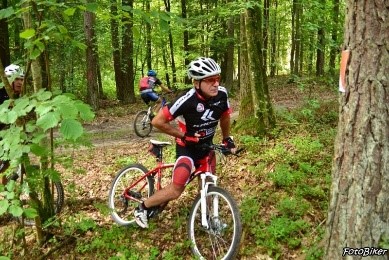 In Stawiguda commune there are sports clubs, successful in both local and national competitions. They are:

Residents can enjoy a wide range of sports facilities.  Football and volleyball pitches are located in almost every village in Stawiguda Commune. Additionally, there is an Orlik Pitch located in Stawiguda. In Rybaki, Ruś, and Stawiguda there are sports halls perfect for sportsmen. In the area of the commune, there are two swimming pools in Pluski (Warmia Park) and in the Resort in Łańsk. Enthusiasts of tennis can play on the tennis court in Stawiguda. 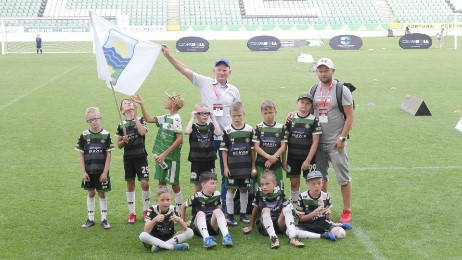 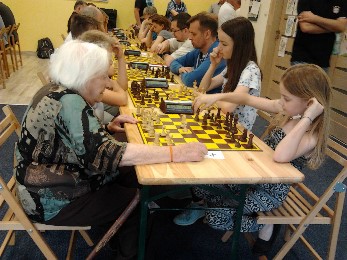 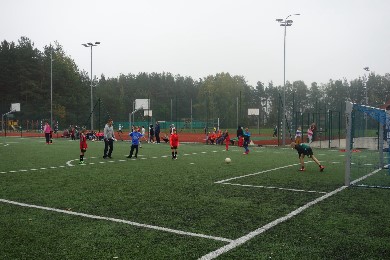 Cultural potential
Stawiguda Commune with help from the Communal Centre of Culture, many active Associations, and Village Housekeepers Clubs creates a rich cultural offer for the residents and tourists. To the best-known events belong Stawigudiada – for many years integrating our residents on the annual festival,

Kurlantka – a festival of choirs and vocal ensembles has become one of the most important events of this kind In our province.

For few years in the villages of our commune, there are open-air cinemas organized.

And something that especially promotes the commune – festival of amateur theaters “Pod Brzozą” (“Under the birch”) – annual event for theater groups, which meet in Bartąg on a stage under the birch.

The calendar of cultural events Is filled to the brim, everyone will find something for them. More information on the website:  http://gok.stawiguda.pl/ 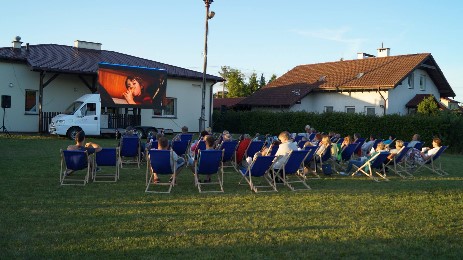 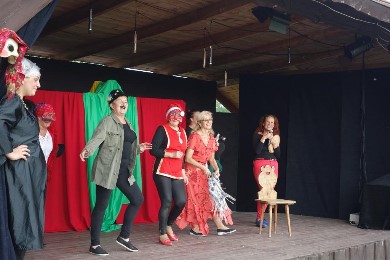 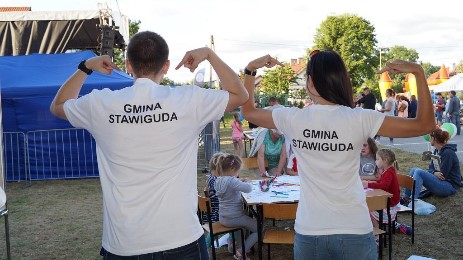 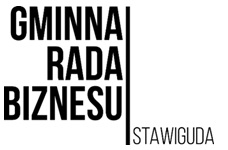 Communal Council of Business implies that its activity will be happening through the participation of the members in three aforementioned thematic groups.

Properties located in Miodówko, Stawiguda i Gryźliny are included in the Warmia and Mazury Special Economic Zone.

Parcels located in the geodesic area of Stawiguda, under No. 815, 816, 817 with a total area of 1.1135 ha. The parcels are included in the local plan of spatial development of a part of Stawiguda, Stawiguda commune, approved by Resolution No. IV/22/2015 of the Council of Stawiguda Commune on 28 January 2015, (Official Journal of the Warmia and Mazury Province, position No. 963, dated 13 March 2015), in accordance with which they are marked with the symbol 1U – service, service and trade, and service and production buildings, with supporting infrastructure. 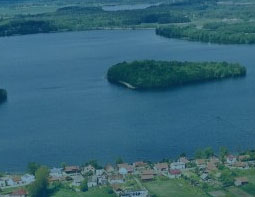 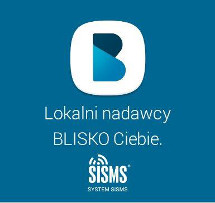 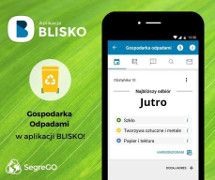 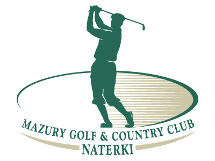